These samoosas (Cape Malay Samosas) are a childhood favorite of mine, and many people around the world. They’re made two different ways here: one with spiced potato and the other with a vegetable & meat mixed filling.

Samoosas (samosas) are some of the most popular snacks all around the world. You can find them in India, in Central, Southwest and Southeast Asia, in the Arabian countries, the Mediterranean, North Africa, and of course South Africa.

Because of its popularity, the way it’s prepared varies among the countries. However, they are all usually triangular in shape (or a very round triangle). Technically, the filling can be of any variety, but traditionally have heavy aromatic spices.

Today, we’ll be looking at making the Cape Malay variety of samoosas. But first:

What exactly is Cape Malay?

Cape Town, as nearly every other location on this planet, has a very interesting history. Before the Suez Canal was built in Egypt, traders (namely the Dutch East India Company) had to travel around Africa to trade spices with India. They found that Cape Town was a nice halfway point and a good place to stop and resupply before making the last part of their journey.

In fact, it was known back then as the Cape of Good Hope, because the waters before they reached the Cape were very rough, and if they made it to the Cape, they had hope to finish their journey.  They even got to see the famous African penguins.

Of course, this being Europeans in Africa, there was lots of slavery. The Dutch brought with them slaves from Java and parts of Southeast Asia now known as Indonesia. They came to be called Cape Malays (which, along with Cape Coloureds, fell under the general race category known as ‘Coloured’).

In fact, Cape Town has lots of diversity compared to the rest of South Africa. It also has lots of beauty—it was named in 2014 as the best place to visit in the world by both The New York Times and the British paper The Daily Telegraph.

In Cape Town you can find descendants of British, Dutch, Indians, Malays, Blacks, Khoi-San, and even Lithuanians. Although many people don’t realize it, it’s estimated that about 90% of all Jews in South Africa are Lithuanian Jews (Litvaks) that escaped during the 20th century.

So, back to the samoosas 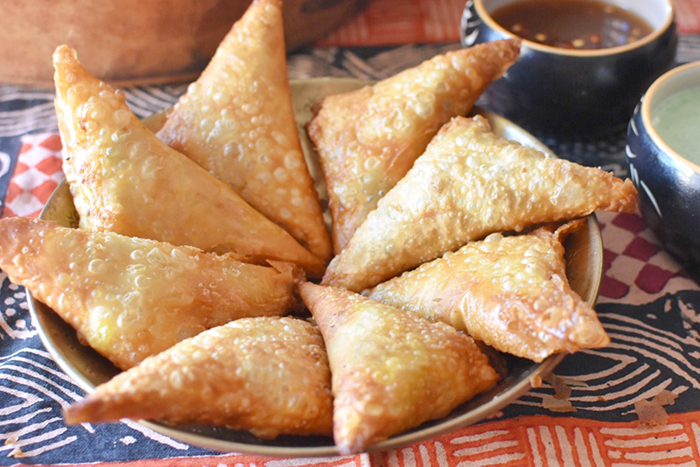 All in all, Cape Town is a very diverse city, with a very difficult and complex history. (I can talk about it for hours, forgive me.) For all the trouble this has caused, it’s also brought a lot of great food.

Samoosas can be found in many Cape Town homes, especially during Eid al-Fitr (after Ramadan, the month when Muslims are fasting).

Although usually fried, our version is fry-baked. We decided, to save ourselves time and energy, that we wouldn’t be making our own pastry. Although phyllo dough can also be used, we found just regular frozen dough from the stores work fine here.

The reason we fry-bake is: simply frying the dough makes it very oily, as it’s more of a pastry dough. Also, it tends to burn very quickly, so you’ll have dark bricks before most of the dough has been cooked. (Alternatively, I’ve seen some great air fryer recipes out there, so that is an option I’ll be interested in exploring later as an alternatively to the usual frying.)

Secondly, baking only causes it to be very dry. There are people who are “health conscious” who substitute juiciness for so-called health (anyone who eats lean meat, for example). However, it’s just not very delicious for us, although you can go with that option.

There are also many fillings that can be used. For reference, we use the famous cookbook author Faldela Williams‘ More Cape Malay Cooking as a basis. There are 8 types of fillings listed, though we just use 3. We do one version with the spiced potato, and another is a combination of mince filling and mixed vegetable filling. Although, for vegetarians it’s easy to cut out the meat and just make the more traditional mixed veggie filling.

We also added the mint-cilantro dip which is not common in Cape Malay samoosas. It’s more natural for the Indian variety. 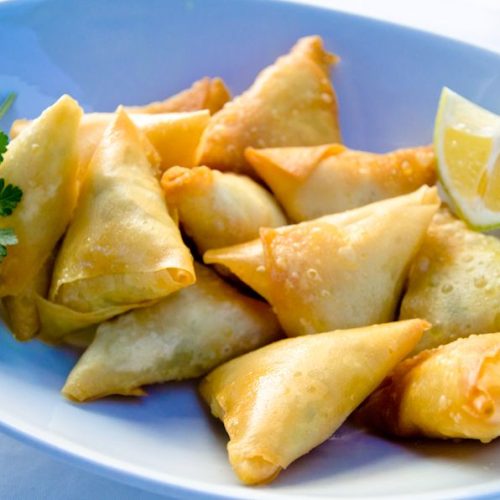 For the potato filling:

For the minced meat filling:

For the mixed vegetable filling:

For the mint-cilantro dipping sauce:

To prepare the dough

For the dipping sauce

Cape Malay cuisine is a delicious and easy-to-make snack that is perfect for any occasion. The Cape Malay people have a rich history and culture that is reflected in their food. If you're looking for something new and exciting to try, I highly recommend giving Cape Malay cuisine a try! You won't regret it!
Keyword Samoosas 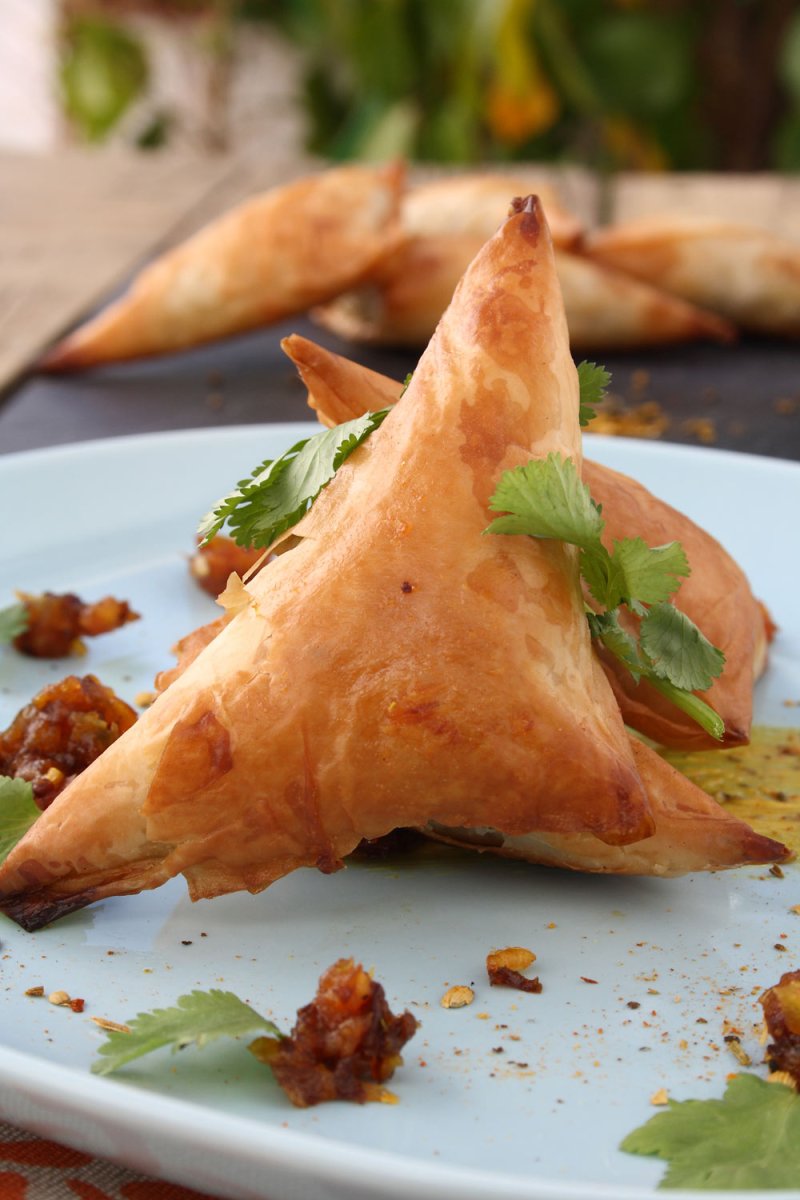 Cape Malay culture is one of the most interesting and unique in South Africa. Here are 10 interesting facts about their community that you may not have known before.

1. The Cape Malay community is one of the oldest communities in South Africa, dating back to the 17th century.

2. They are a Muslim community and adhere to many traditional customs and practices. For example, they perform religious ceremonies on specific days of the week, dress conservatively, and follow a strict dietary regimen.

3. One of their most well-known dishes is Cape Malay Samosas – a type of pastry filled with vegetables or meat.

4. They also enjoy traditional music and dance, which is often performed during festivals or other special occasions.

5. Cape Malays have an extensive history in trade and commerce; for example, many were involved in the trading industry during apartheid era.

6. They speak a distinctive form of Malay known as Cape Dutch which has its origins in 16th century Dutch settlements along the Cape Peninsula.

7. Today, there are around 50 000 people living within the Cape Malay community spread throughout South Africa’s nine provinces.

8. The language remains largely unchanged from when it was first spoken centuries ago – making it an important part of local heritage.

9. There is ongoing discussion regarding whether or not the Cape Malay should be recognized as an official ethnic group within South Africa.

10. In terms of religion, roughly two thirds (66%) of cape malays identify themselves as Muslims while another third (33%) describe themselves as Christians. 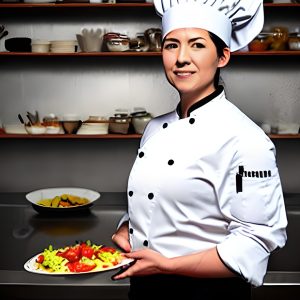